Can Behavior Be Predicted Using Formulas? I came upon a few interesting studies recently. I wouldn't mind withholding the "interesting" since all this post will likely only attract certain types of readers.

I have studies behavior for some time now, but not from a perspective related to programming. I was aware since my days as a boy in high school that writing artificial intelligence scripts was nothing short of simple mathematical, usually analog, mathematical functions consisting of either yes or no decisions to continue through a functional "tree" if you would call it that.

I began my works, again as a youth, modding computer games to modify pre-scripted A.I. files usually written in xml charts. Call it what you will, but the ability to change the A. I's performance opened my eyes to how we as humans make decisions each day. When you open the refrigerator, for example, you make a thousand micro calculations every millisecond. For example, "am I thirsty?", "is this too bitter", "do I want to feel full?". We then make our preferential choice based on these assumptions. We just never think about it because we instinctually make calculations before we even think about our own sub-conscious thoughts.

Anyways, the simple fact is that anyone with a background on any form of coding, A.I., or even medicine (which uses a similar yes/no system to diagnose), we can all mathematically account for our actions. 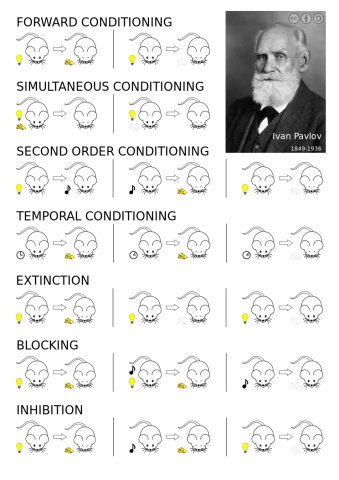 ​Current theories of behavior hinge on the ridiculous and subjective to the practical and stringent. Fields of social science have attempted to understand and de-mystify what drives behavior. From the times humanity moved from chiefdoms to societies, standards of appropriate and inappropriate behavior were set. These deviate from time to time and certain repertoires are considered "socially acceptable" in each society. Societies, in turn, tend to topple each other in an endless struggle for supremacy. When the old societies shatter and become dust, the new ones rise. With new societies, come new standards of acceptable and unacceptable behavior.

We can see that for periods of drastically changing circumstances, deviant behavior was often explained subjectively. Additionally, humans have attempted to justify behaviors that are considered "acceptable" through subjective statements. Some of these subjective statements later turned out to have strong evidences backing them up. For example, when Ivan Pavlov discovered respondent conditioning, he unveiled a system of repertoires innate to almost all living beings. He proved what people generally already considered an explanation for simple behaviors. For example, all living things need to have ample food and water for survival, access to environments without extremes that will kill them (i.e. extreme cold, heat, etc.), territory for expansion and appropriation of resources/ the ability to grow, and lastly, the ability to procreate to maintain their own species. These instincts are found in all living beings in some way or another, but particularly in species that exhibit gross movement (or noticeable dispersions in space and time).

Anyways, regardless of these progressions in science in the late 1800s and early 1900s, many people chose different paths for the understanding and predication of behavior. Stemming from very early times, the thought of demonic possession and possessions by other entities (ghosts, angels, gods, etc.) have been found transcending eons and continental boundaries. Building on these subjective statements, we eventually (for the most part), have begun to recently reject their validity in a world that has increasingly turned to scientific methods for the verification of understanding.

The field of psychology was the first to branch from this by attempting to understand what exactly controls human behavior. The idea of psychology subsequently triggered an era of centuries where complex theories of human behavior were created, and apparently generalized (assumingly) to the greater public. For example, men like Sigmund Freud concocted a plethora of ideas which universally became the blueprint for modern psychology. Psychology attempts to understand why phenomenon in human behavior occur because of innate human tendencies. Like Pavlov's understanding of respondent conditioning, psychology tends to address the operation between the brain and behavior. However, and unfortunately to the legions of psychologists, much of what is said is an interpretation of observations across large sums of people over short periods of time. This creates issues regarding potential detriments to experimental designs caused and spurred by picking individuals that are not diverse enough; or in other words too similar.

Branching from psychology, B.F skinner began systematically addressing human behavior as a function of the environment, rather than an internal state of mind in the early 1900s. Using long-term studies on individuals (as oppose to psychology), the field of behaviorology was born. Through deriving explanations of behavior, as well as the idea of "all behavior, other than respondent behavior, is learned", behaviorism was subsequently born (in multiple forms). Although some can say that it is a derivative of psychology, it is commonly seen as more of a derivative of respondent behavior studies conducted by Pavlov. Differently from Pavlov, however, behaviorism deals with operant conditioning. Rather than a response being elicited by a naturally occurring response (i.e. shivering when cold), behaviorism deals with responses evoked by pairing a response with a consequence (whether the consequence increases or decreases the behavior is the defining science behind behaviorism). Behaviorism subsequently deals with creating functional relationships between behavior and the environment (or as operant conditioning explains, a change in the environment). It hinges closer towards mathematics as it analyzes data thoroughly to make predictions. There is much less subjectivity in behaviorism exists regarding proving the existence functional relations. However, there is still subjectivity as the course taken is often made by the tester. Behaviorism cannot fully explain the root cause of behavior, only it's relationship to changes in the environment following the behavior. Behaviorism is the foundation of the modern field of applied behavior analysis.

Anyways, the third major understanding of behavior comes from observing the brain objectively. Known as neuroscience, this field physically observes changes in the brain and brain activity (analyzed using brain activity through electroencephalography or other similar methods) as well as physically monitoring changes in the brain during activity (which is controversial because it is an invasive procedure). Neuroscience can also encompass scientists like Doctor Gerhard Roth and proves the existence of activations of the brain whenever a behavior is evoked. It can also pair certain behaviors with deformations or abnormal growths in the brain. In terms of understanding human behavior, this method is the least researched, but possibly the most accurate.

On To The Good Stuff:

Going back to the main point of this post, an article from two MIT students attempted to demonstrate that human behavior could be predicted using a mathematical formula. The individuals in the study proposed a repertoire of common driver behaviors. They then went on to assess driving habits and created multiple categories of individuals (which was subjective). Having done that, they began experimenting with the writing and accessing of mathematical formulas to address the probability using statistical methods involving complex yes/no methodology—similar to creating an A.I., until their formula began addressing what they saw. Using the Markov Dynamic Model as a basis of the experiment, a mathematical formula was contrived that could predict driver behaviors during different testing stages. Many alternative forms of the successful mathematical formula were tried but failed to prove any relationship to what occurred. The successful formula, however, proved to be able to predict driving behaviors in any individual (random) with an almost 96% accuracy—when done correctly. The coefficient of variation for each result was roughly 3%.​ 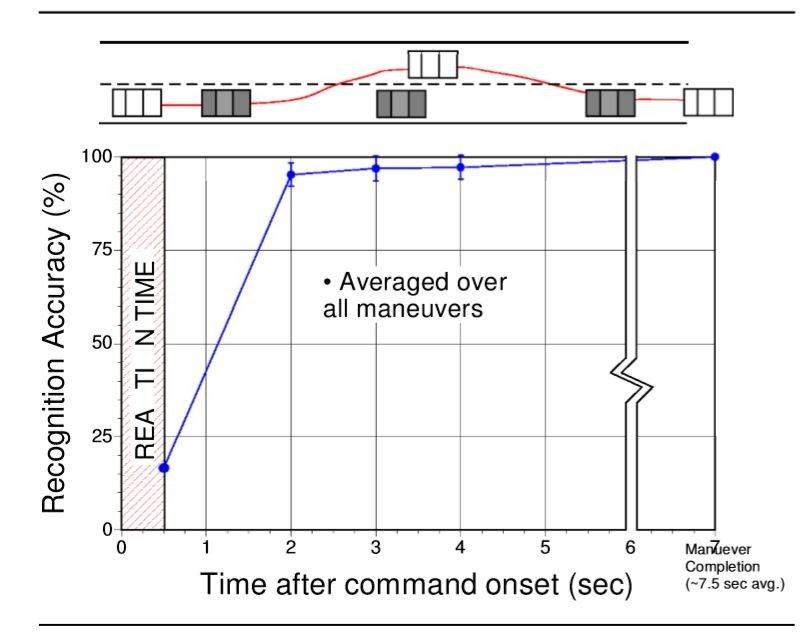 This study proved that mathematical formulas might be the next wave of understanding human behavior. Even though it was published in 1999, however, the field of mathematic analysis of human and animal behavior is practically non-existent. In the eyes of logic, it would be a proper competing theory to the three theories listed earlier.

The reference to the study will be seen below if anyone is interested in understanding or reading it further (it is available in multiple free scientific journals in PDF format).

The conclusion that can be made regarding our initial question is simple: mathematic equations can be used to reliably predict some human behavior (if not all). Although, one study can mean that statement is inconclusive. It would be advisable for scientists and mathematicians (especially theoretical mathematicians) to attempt the creation of a complex mathematical formula to predict human behavior.

However, the earlier stamen must be taken with a grain of salt, proving that human behavior is a mathematical function ethically violates our own belief in our specialty. It opens a complex theory that humans are nothing more than robots that have been created on a complex level (using micro molecules as our building blocks). If we make our decisions and generate our behavior in a predictable, and replicable way, does that mean that humans are nothing more than an A.I.?

The New Economic Medium Is Knowledge

I'm surprised. I like how you mention that humans can be robots

waloonman23
This comment was minimized by the moderator on the site

Its not surprising to me. Everything is a a mathematical formula.

Ezekial
This comment was minimized by the moderator on the site

Thats what they are doing in china! 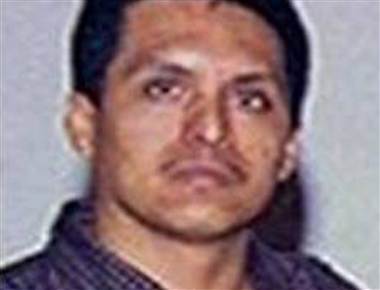 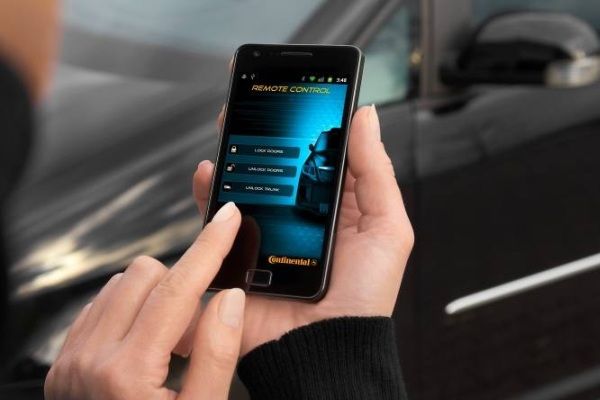 The end of wireless car remotes
With the future advancing ever so rapidly in our technology infested world, we tend to take a variety of things for granted. For example, you no longer see people using radios to listen to music, simp...
Read More
Sign In   Register
Sign In