FBI to murder the scooter store

Breaking News
58323 Hits
0 Comments
You heard it here first people! Those annoying commercials where that guy tells us his life story and about how much better it got with his new mobile chair was working for a company that exploits government funds! 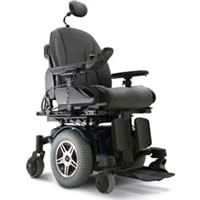 
That's right ladies and gentlemen, although having a stair lifter or motor scooter to get around would be very important, the scooter store actually funds these through the use of Medicare , a federally funded insurance type thing that help the elderly pay for medical expenses.

Now this sounds great, except for the fact that since it is government money, they encourage people to exploit it. And how exactly? Or more importantly , why?

Well first of all, government money is just in a state of limbo, since a huge amount [of money] is still set aside while Medicare  has not expired, because it was initially created to allow old people to survive , since most retirement funds literally blow (500$/month wont cover even rent , let alone medical insurance).

Although Medicare is something that is absolutely great, and damn anyone that lets it actually expire, it is easy to exploit. Exploiting it means that a person that is on Medicare just needs a physician's "ok" to get a power scooter, as an example. The physician will get paid for the visit by Medicaid ,  the patient will get a free scooter , and the scooterstore will get a hefty sum , since such a device is about 1000$.

Now do you see where this is going? I mean we love the idea of accommodating those that need accommodation , we are not heartless , but the scooter store has become infamous for forcing physicians to prescribe a chair, through harassment.

So in a way, it is trying to get thousands of people that are not eligible, approved. And why? Well, because it's a bloody business. Who cares if they are wasting tax-payer funds , right? I mean they are getting rich on our stupidity and cowardliness, since everyone would rather cave and watch rather than take action and sanction this economic superpower.

It seems odd for us to say this, since we usually support the idea of getting rich  from something so practical, and although we wish that all those people that got these luxurious chairs deserved them, the world is never so one-sided.
Facebook Twitter LinkedIn Xing VK Pinterest Reddit Pocket
How do you feel about this post?
Happy (0)
Love (0)
Surprised (0)
Sad (0)
Angry (0)
Tags:
fbi attacks scooter store men fap on wheelchair scooter store fraud
Holy shit chapo guzman is still alive!
MIT on lockdown 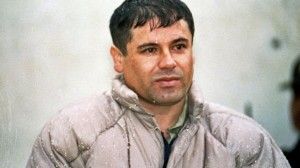 Holy shit chapo guzman is still alive!
Chapo GuzmanThe infamous drug lord "el chapo" guzman , yes the guy that had like one thousand shows on his cocaine trafficking operation is still alive. Although reported dead years ago, he did not d...
Read More 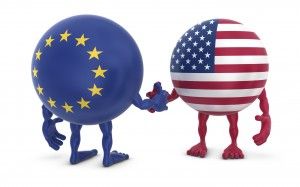 Fisherman attacked and bitten by shark off the coast of California
A California fisherman got a nasty surprise early this morning. According to an official release by local authorities, the fisherman hooked more than just a tuna.Authorities stated that the man fought...
Read More

George McGovern Dies
A runner up for president in 1972, and a senator in South Dakota for over two decades , George McGovern has died today at the age of 90. He was best known for openly opposing the Vietnam war, a practi...
Read More
Sign In   Register
Sign In