Entertainment
62335 Hits
0 Comments
Long ago(well, not that long), I personally wrote a book on the benefits of monarchy, I scrapped this book after I realized that 348 pages of boring text would never sell, even as an ebook. But, I will share three fundamental points I have established as being very beneficial to creating a successful country, with a global reach. 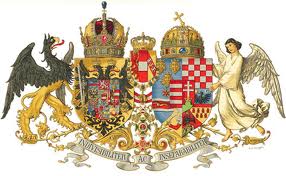 Now let us start off with the first point. Economy:

As you may know,  in paternally autocratic country, there is a middle class , mostly comprised of land owning farmers and craftsmen. The men above them would be lords, or the upper non-noble class, usually deploying middle class workers as craftsmen or farmers.

Putting a now archaic concept into retrospect, imagine you (the reader) regardless of your economic status as a middle class craftsman. In todays world this could be a computer programmer,  a construction worker, a farmer, a cable repairman, or even a car mechanic.

What an economy based on this class system would entail is a secure job, usually for a company that would keep you until you retire. Simultaneously, this company, or sole proprietor, would be paying your insurance, your housing, and anything else. Now, you would never be able to lose your home , because you would live on your boss' land, which could be very vast and spacious.

Also, you could never go hungry because your tenant would be obligated to clothe and feed you. Thus you would have shelter, food and clothing secured for you and your family, sounds like what we refer to as "positive aspects of communism" doesn't it?

Now, as oppose to communism, you can personally own land, or borrow it from your tenant. You can work this land, start a shop, and buy the land, thus becoming an upper class man, like your boss (consider it a promotion).  This is the good part of capitalism right?

Now, you would be spewed to work hard, to defend your family honor, in the name of the king, and the mother/fatherland (sounds nationalistic).  Your motto would always be god, king, fatherland. You would always be part of something, and your religion would be the same, so this would be a unifying factor (you could identify with everyone).

The results of such progress would mean massive amounts of products will be created, with massive assurance of VERY high quality, we do mean like picking a Mercedes over a KIA.

So the country/empire would prosper, everyone would have the chance to pretty much live like we do today, but there would be no lower class of people, only higher class. I always wanted to emphasize that having a lower class of poor people creates crime. Crime ruins a country, but people getting lazy from too much wealth means there will be no more innovation, and the country comes to a standstill, kind of like the Roman Empire, collapse is VERY certain to follow after a country reaches this state. (you can tell this is happening when a country begins to turn the standing army on civilians).

So, summarizing point one, in as little words as possible, you can see that the peacetime economy of this fictitious country would be like the ww2 economy of the USA. Not to mention, you would be safe from living in ghettos, and racism would not exist, nor discrimination.

Moving on to point two. Innovation:

I briefly spoke about how  certain people having too much money makes them lazy, and thus they no longer want to create innovative things, without innovation, the country begins to retrogress compared to others, or it stalls in time, awaiting an untimely collapse.

Innovation also cannot occur if the schooling system does not force children to use their brains. As with the old European system, carnal discipline is essential to motivate children. As such, laws forbidding the beating of children that develop laziness must be lifted. The system of teaching children things that must be taught at a younger age (like physics, chemistry and advance mathematics) must once again be put into the early curriculum, or we may one day retrogress to another dark age.

From early childhood, the children must be taught a single religion (lets say Christianity in this fictitious country) , this will ensure that everyone will be equal, and no discrimination based on creed would appear(nor nationalistic/religious zealotry which is usually violent). Please note the children could be different races, that wont be an issue if they integrate at an early age.

Education should also be focused, as it once was in Europe. This means that if a child develops a like, or interest towards the violin for instance, he would be sent to musical school, (and subsequently a musical college).  A student adept at sculpture would be sent to a fine arts school, and someone great at dissecting with precision could be directed towards medicine. There is much lean room in this system, once again, I'm simply trying to summarize various points without using up too much white space :)

If every child is adept at what they do, they will not be allowed to drop out, this means everyone in the middle class would be a skilled artisan, in something. They would also all be assured jobs , as stated above, and everything would be done perfectly, with German type quality (we say this based on the example above ).

These people would be innovative, at least 10% of everyone would have something new to contribute, when great minds come together, innovation is born, and this country would be perfect in medicine, electronics development, and any other "breakthrough research" you could imagine.

The final point that needs to be addressed is simple : Security

Now we mean this in two ways. Based on my own personal preference, men that reach the age of 18 would be required to be professional soldiers, therefore there would always be a huge standing army in case of conflict.

Based on aptitude tests (physical/mental) , people would be sent to the appropriate  branch of the armed forces, at which point an oath to god, king and fatherland would follow.

Using the newest and most innovative technology, the soldiers would have to serve two years of formal training, while performing everyday life on the side. After two years since being drafted, they will be allowed to go back to college, which would be assured, and state funded (free). Nobody that has exceeded the two year draft period will be required to serve ever again, although due to patriotic zeal, perhaps 98% will volunteer to do so in defense of the fatherland.

The second half of security is really mental rather than physical. Imagine knowing your house would never be taken from you, imagine having no bills to pay, imagine never having to worry about being thrown out on the streets. Imagine this, and you imagine a perfect world. Your dearest assets will always stay with you, as long as you work, nothing in the world should concern you.


Just imagine all of this, post your opinions below. 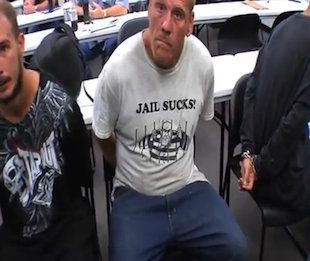 Assignment 4
(1) Very recently I had made a decision to ditch my now aged “RGB” television and get a nice 60” flatscreen. There were key attributes from the social environmental factors which played an en...
Read More 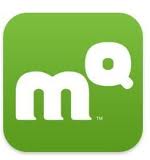 Three best free apps for iphone 2013
Apps can have a variety of functions , effectively removing the need for having hundreds of individual devices. I know for a fact that my iphone go rid of my radio, mp3 player, alarm clock, timer, wat...
Read More
Lottery winner killed
lottery winner killedAfter returning from Saudi Arabia, Urooj Khan bought a generic scratch ticket just to give it a try. To his surprise, he won one million dollars, which even today, is a hefty sum...
Read More

Skyrim Setrace Full List
Here is a list of the different races available in skyrim when using the consul command "player.setrace [race]" or for other charachters "setrace id [race]". It can be fun to walk around as different ...
Read More
Sign In   Register
Sign In