When we spoke last about the demand by all Egyptian commoners to oust Muhhammed Morsi, the now former leader of the Egyptian government, we told you this would be " something to keep an eye on".

Today we speak for a changed Egypt. Morsi was taken down from power by a democratic military , most high ranking members of the dangerous Muslim brotherhood have been arrested, and Egypt is now commanded by a high-ranking judge, age 83 to be exact.

It appears that the efforts of the people of Egypt to rectify their wrongs during that failed uprising which partnered with the death of a United States senator overseas has finally turned "full moon". Egypt is now a more democratic nation , as it has been liberated from Morsi and his supporters. Egyptians will no longer live in fear , there might no longer be silencing of people that are "outspoken" , and Egypt will be a freer land. Maybe people will no longer be killed for their own beliefs.

Again , as more updates come to us, we will add more posts. As of now all you need to know is that Egypt seems to be better than it was a week ago. Perhaps the current circumstances will breed extreme violence, or a lasting peace. 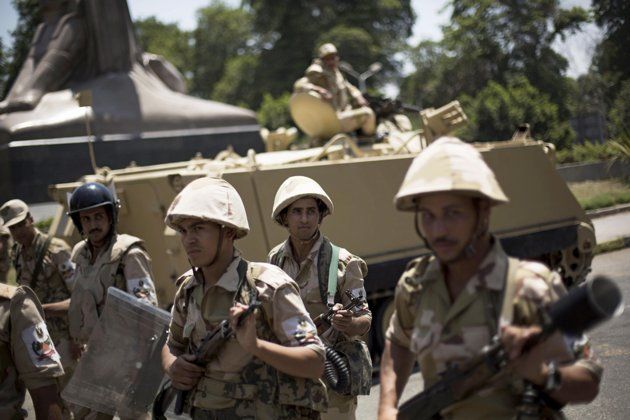 Insomnia and Obesity
The end of wireless car remotes Naked Man Breaks Into Home To Eat Chips
An Indianan man woke up early last Friday to a very atrocious site. A naked man wearing nothing but a pair of boxers and some sneakers had broken into his home and was eating his chips. The needy perp...
Read More Tekashi 69 Arrested, Faces Life In Prison
Having recently been involved in an inconclusive scandal involving sex with a minor, rapper Tekashi 69 was already on hot water. He did manage to make parole, however, under the premises that he would...
Read More Blogs added!
We make very good on our early, early promises. We told you, you will have your own blogs. Well guess what? Today this has come true! Just log-in , and under the "me" menu, click "blog". You will have...
Read More