Yeats "To Ireland In The Coming Times"

In William Butler Yeats’s poem “To Ireland In The Coming Times”, Yeats conveys a theme of turning away from foreign principles as the only means to save an oppressed Ireland. In the depths of the first stanza, the first stage of Ireland’s creation and culture is used to allude to a unified Ireland under the banners of a common religion and history. The second stanza refers to Yeats’s opinion of himself as a nationalist, urging others to join him in the present to revive ancient principles. The second stanza also seems to sink into chaos compared with the first. The final stanza is almost a post mortem statement warning future readers of what will happen if the separation and belligerence amongst the Irish continues: Yeats’s dreams of a unified independent Ireland will die. Throughout the poem , there is almost a chronology of events in a domino effect , from the beginning of times , to Yeats’s own time, to a prophesy of the future of Ireland. 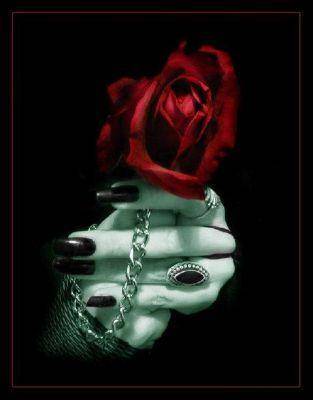 William Butler Yeats was born on June 13th, 1865 in Sandymount, Ireland. Yeats was the son of two very wealthy Protestant merchant parents. Yeats had one brother and two sisters. As a child, Yeats was educated at home by his mother. In 1867, the Yeats family moved to England due to a sudden career change taken by Yeats’s father. In January of 1877, Yeats began a public education at the Godolphin School. Yeats attended the Godolphin School for four years. In 1880, the Yeats family had financial issues and returned to Dublin. Yeats attended high school in Dublin, unfortunately, Yeats was not a distinguished student. Yeats was also not the most studious pupil of his high school. By 1883, Yeats began attending the Metropolitan School of Art. By 1883, Yeats learned about other Irish poets, and he openly expressed his disgust of his materialistic compatriots. Many of Yeats’s works are patriotic and mythological in nature due to his education at the Metropolitan School of Art. 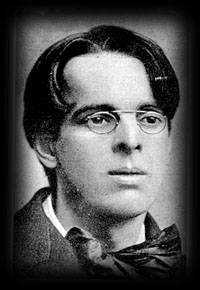 In 1887, Yeats moved back to London. Yeats began turning out various masterpieces and poems. By 1887 his writings caught the eyes of the Irish people, captivating them. Yeats’s works were published in various papers by 1888 including the Dublin University Review. Yeats’s works became more popular as he continued to write. By 1890 , Yeats’s name was well known and he made fair money from his many works. In 1890 , Yeats also began an unusual relationship with the occult , mysticism, and pagan practices. Such practices are evident in poems such as “To Ireland In The Coming Times”. His works after this exposure focused on the pre-Christian side of Irish history.

Yeats met Maud Gonne in 1889. Maud Gonne was an ardent nationalist, a feminist, and the love of Yeats’s life. Yeats began an intense obsession with Gonne, adding a very nationalist flair to his works after meeting her. In 1891, Yeats proposed to Gonne and was rejected. Yeats proposed to Gonne again and again, in 1899, 1900, and 1901. Every time, Yeats was rejected. Gonne married another nationalist, a participant in the Easter rising of 1916, named John MacBride in 1903. Gonne’s marriage devastated Yeats, but eventually he met another woman. Yeats’s new romance, Olivia Shakespear, was an English novelist and playwright. Yeats broke off his affair with Olivia in 1894. In 1916, at the age of 51, Yeats married Georgie Hyde-Lees. Yeats became an Irish senator in 1922 and served for two terms. Yeats died in Menton, France, on 28 January 1939. Yeats was eventually laid to rest behind a Protestant church in Sligo, Ireland.

The first stanza of William Butler Yeats’s poem “To Ireland In The Coming Times” speaks of ancient tradition and a common history between both Protestant and Catholic Irish. Yeats tries to solidify Irish independence from the English race. “Of her, whose history began Before God made the angelic clan” (1) Yeats emphasizes that the Irish race is older than the English race. Yeats belittles the common English dominance theory of the time.  Yeats shows the reader that Ireland was independent once, and Ireland does not need England to keep her people strong. Yeats explains that Ireland is potentially independent and free without Christianity or the English. Yeats’s bold statements are in severe contrast to the actual state of Ireland at that time, perhaps giving unique insight to the reader, hinting at the cause of the despair.

Yeats continues to emphasize the rich history and unique culture of Ireland.

“When Time began to rant and rage

The measure of her flying feet

Made Ireland’s heart begin to beat;” (2)

These lines emphasize that the rich history and culture of the people of Ireland give Ireland her life. The heart is at the core of the country and her people are the blood and veins. Without English colonials and military control, Ireland will become a unique and powerful presence in the modern world.

“And may the thoughts of Ireland brood

Upon a measured quietude”. (2)

Yeats believes that a unified Ireland can make a large footprint on the global field. Yeats believes his country can go from despair and insignificance to pride and increased significance. Ireland, in Yeats’s opinion, will rise from the ashes like a phoenix and resurrect her ancient power, bringing glory and national pride back to her people.

The red rose bordered hem represents a very potent Ireland on the global stage. Emphasizing the theme of Ireland’s uniqueness and self-independence, Yeats makes a daring statement about how Ireland and a rose are similar.

“May now know my heart went with them

Much like the rose herself, the beauty of Ireland hides an almost obvious danger. The hem is soft and beautiful, clad in beautiful red roses on the sides. Yeats makes the hem sound soft and touchable, but the thorns, much like the will and might of Ireland, cannot be so easily manipulated by others. Ireland’s own blood, as in her livelihood, makes her strong. Yeats uses the descriptions of the hem to unify people under a common banner. This unification is probably an attempt to persuade the Irish put down their arms against one another and turn their forces against their occupiers. Yeats paints himself as an Irish nationalist, comparing himself to “Davis, Mangan, Ferguson”, urging others to follow him to unity.

Yeats ends his poem with a message to all future readers.

“From our birthday, until we die”

These lines set a beginning state of dreams and hopes and aspirations for his motherland. All Irish are born as one people, unified by blood as they have been in the past. But with the introduction of death, all those dreams are

Yeats states that dreams and aspirations are not solid and eventually die. Yeats says the future

“God goes by with white footfall” (3)

meaning God and his principles have abandoned the Irish people, because Christianity is a contributing factor to the civil instability. The internal instability between blood brothers and sisters is destroying Ireland. Yeats is saying that the only options for the future are unification based on origin or death to Ireland. Yeats’s ultimate dream is a unified , self-determined, and powerful Ireland. His dreams will be crushed if the people of Ireland don’t stop the violence they are waging with each other.

At the onset of the Irish revolutionary era and the Irish Renaissance, Yeats is the perfect example of an Irish nationalist. Yeats believes that unity and common traditions will unify Ireland. In his poem “To Ireland In The Coming Times”, the theme of unity paralleling bliss is expressed. Unity is corrupted by foreign traditions. Yeats uses symbols and historical references to try to wake up the Irish people and show them how much better Ireland could be if she were unified. Yeats calls Christianity itself “truth’s consuming ecstasy”(3) hinting that Christianity has completely failed to achieve internal unification.. In reality, Ireland is a colony in dissolution where neighbors are killing each other over the belief or disbelief in the Holy Spirit.  The ultimate theme in this poem is truly to unify Ireland or bear witness to the consequences of “divided we fall”. Unity can only be reached by reviving what worked in the past. Yeats left a legacy that would be echoed in the Irish revolution for generations to come. Yeats’s poem “To Ireland In The Coming Times” is a wake-up call to all Irish of Yeats’s generation and generations ahead , to preserve unity and self-independence or to watch Ireland become another puppet state with no self-identity.

Cheater
This comment was minimized by the moderator on the site

Im cheating on my homework, thanks

Cheater
There are no comments posted here yet Update Alpha 0.0.1 “Ocelot”
About The Update: Update 0.0.1 is a procedural and comprehensive update to "The Order Of The Iron Phoenix" network. This update introduces new features, as well as crushing bugs from previous "pre-alp...
Read More 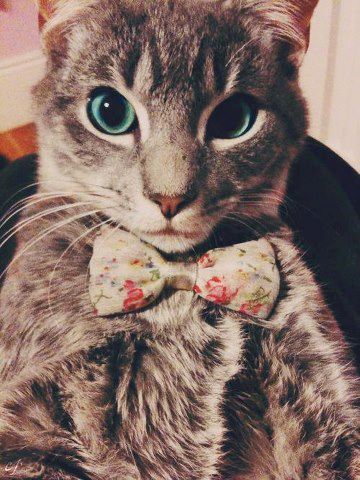 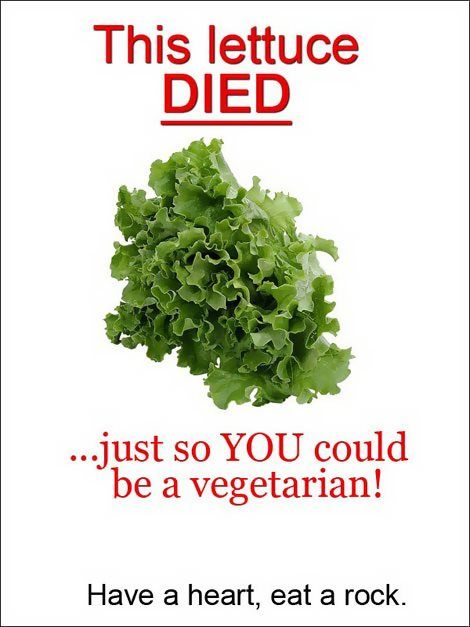 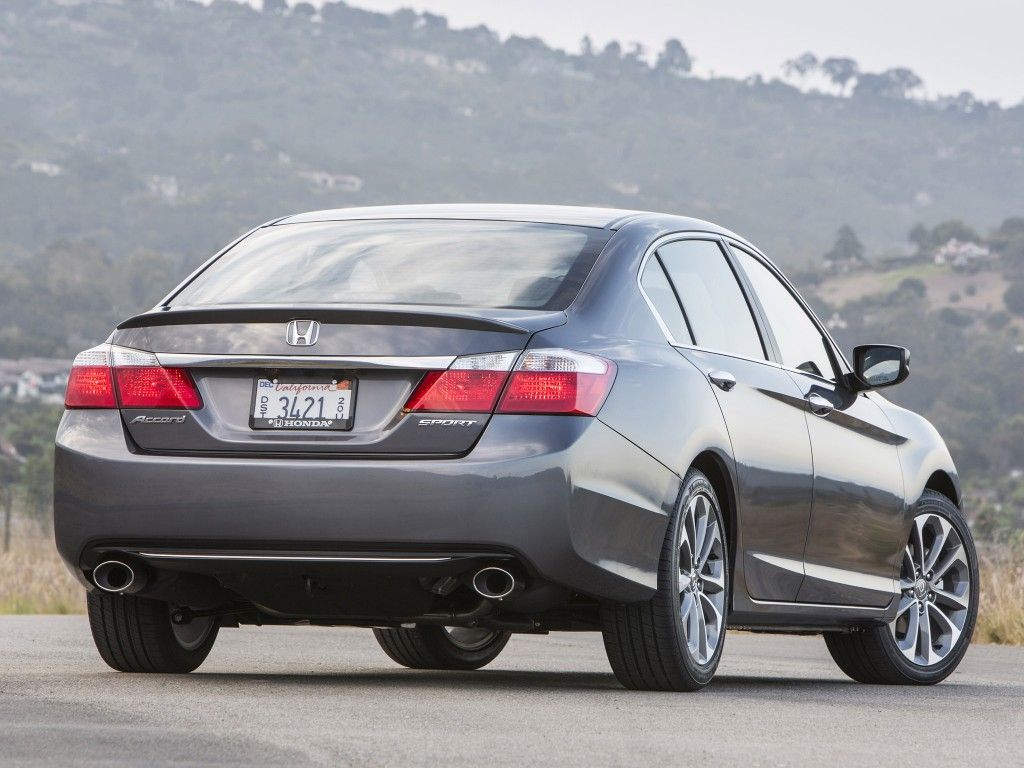 Contest for a free car continues
We are still awaiting that surge of people that will follow us on facebook and twitter (links to your bottom right) in order to win a free car! As we stated, in the closing of 2013, we added a few sma...
Read More